Often when I’m out doing fieldwork I’m approached by curious locals who must wonder, ‘What is that strange girl doing up in that tree?’. The explanation is always made easier if I’ve just caught an animal for a bit of show and tell. The animals I work with tend to live high in the tree tops and only come out at night, so they can be a bit tricky to get to know, and people are always amazed that native animals they’d never even heard of could be living right on their doorstep. So, this post is to introduce you all to two very, very cool little critters from south-east Australia that you might not have met yet.

By far, the most popular of all the animals I work with is a small, gliding possum called the Squirrel Glider. 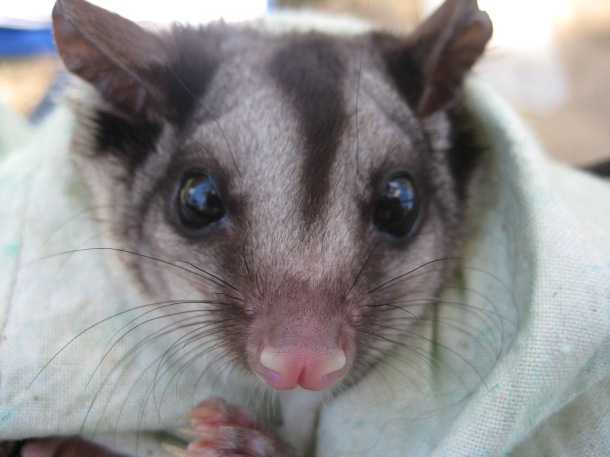 The coolest thing about them? The way they move. Gliders launch themselves from the tree tops, spreading their arms and legs to stretch out their gliding membrane, a flap of skin between their wrists and ankles. Using their body to adjust the glide angle, they soar downwards before swooping up at the last second to gently land on a tree trunk. Most glides are 20 – 35 m, but they can reach up to 70 m if they launch from a tall enough tree.

Another fun fact Squirrel Gliders have a pretty varied diet (including insects, flowers and nectar) but they love to eat tree sap, punching holes through tough bark with two long, sharp teeth and lapping up the sap as it oozes out.

The coolest thing about them? Their breeding cycle. Over a three week mating period, male Phascogales invest all their time and energy finding as many friendly ladies as they can. After the three weeks is over, all the males die (presumably from exhaustion!) leaving more resources for the now pregnant females and the litters of 10-12 young they will produce. 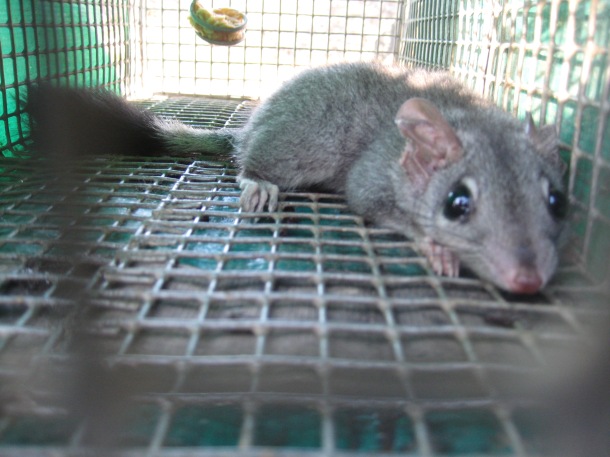 Brush-tailed phascogale waiting to be released from a trap – check out the massive jaws!

Another fun fact Brush-tailed Phascogales are just as good at climbing trees as they are at scurrying around fallen logs on the ground. In fact, they can even rotate their ankles 180 degrees so that they can climb up and down a tree trunk without turning around.

Help keep them in your neighbourhood

Both of these stunning little animals are threatened species in Victoria and New South Wales. Like many native animals, phascogales and gliders depend on the hollows in large old trees (including dead trees) to nest and raise their young. Most of my study sites along roadsides like the Hume Highway might not seem like the best place to find rare native animals, but these are often the only areas where big old Eucalyptus trees still occur. You’d be surprised how many Squirrel Gliders or Brush-tailed Phascogales live in the gum trees within 20 m of your letterbox or school bus stop! 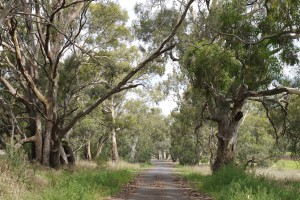 This means you don’t have to travel far to help protect them. By planting native trees and shrubs or installing nest boxes, you can help look after them in your very own backyard.

If you’re keen to get involved or find out more, check out these links to wildlife fact sheets and conservation projects below, or get in touch with your local Landcare group.

More about trees with hollows (from Office of Environment and Heritage, NSW)
http://www.environment.nsw.gov.au/resources/nature/landholderNotes01TreeHollows.pdf

3 thoughts on “Have you met the neighbours?”